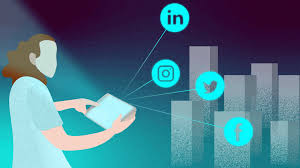 With the coronavirus spreading rapidly around the world, everyone are stuck at home browsing through the same social media applications on their computers and smartphones. Dealing with loneliness and depression, they have no other choice but to turn to these apps to seek comfort.

As different countries have different cultures, it will be interesting to discover the top social media companies malaysia users would be interested in learning about. Japan is one of the examples of a large difference in culture as it is recognized as a conservative country around the world. Because of that, their social media usage is different from other countries like Indonesia and America where Facebook, TikTok and Instagram are popular. In Japan, Pixiv, an online art community, is one of the most used platforms in the country as Japan is known for its Japanese animation, or anime, that it even attracts artists from overseas. This is because Pixiv allows viewers to browse through the artists’ works easily and links to other websites that the artists are actively posting their content. Additionally, it allows artists to live stream their drawings to interact with their followers while demonstrating the process of their drawings. Besides that, they are also actively using Twitter as a means of communication albeit at a lesser scale than Facebook. Just like Pixiv, most Japanese would use it to view fanarts, however Japan is unique as they have self-made holidays which allows artists to create themed fanarts. In some cases, Japanese animation studios would use Twitter to hire artists to draw keyframes.

In extroverted countries like Indonesia and America, social media users tend to use social media that would help them create content and communicate with other users. Additionally, Twitter is used by celebrities and political figures to make statements and important announcements. It could also exhibit the behavior of certain political figures and celebrities based on their standings in the current situation which could affect their reputation significantly. Donald Trump is one of the prime examples where he abuses Twitter to make statements that would affect his reputation significantly. Throughout the course of his presidency, he would tweet statements and his plans that he would do that are so ridiculous that news channels and news websites would use his twits and discuss the ridiculousness.  In January 2020, he used Twitter to communicate with his fellow patriots and approve of their assault on the Capitol where the votes were counted, causing multiple deaths during the raid and the involvement of multiple political figures who are victims to the raid and in-charge of supplying raiders with equipment.

Social media can be a powerful weapon when it is wielded by dangerous individuals as they can use it to encourage their followers to carry out certain events. Despite that, social media has helped many people during this pandemic to cope with loneliness and depression as they are able to keep in touch with their family and friends.

Scroll back to top