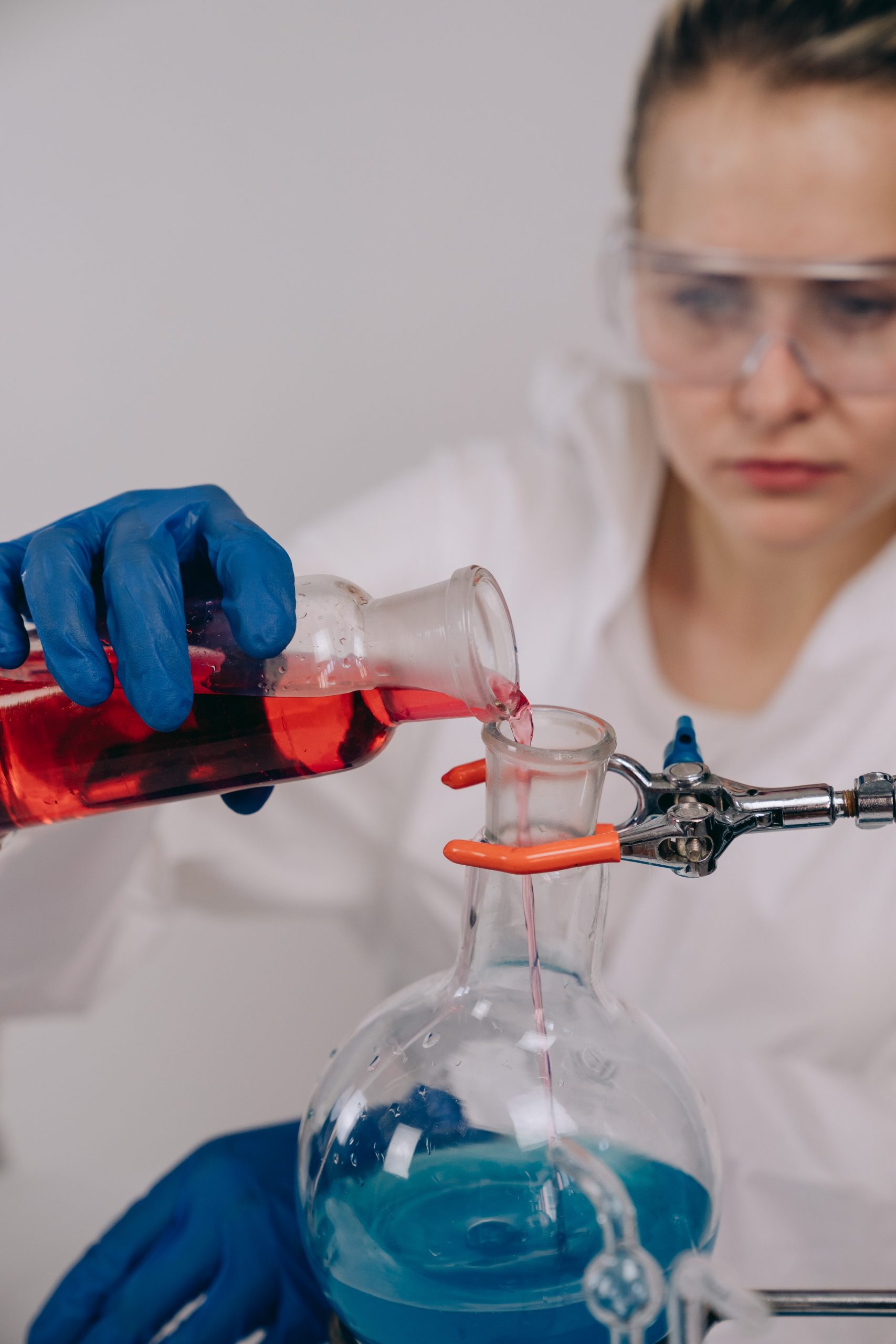 Chemistry will always be used to cover both qualitative and quantitative research. In this case, for example, chemists have more of a qualitative nature, so they always make compounds in the lab. These compounds are then used in medicine, education, and research. On the other hand, from a more quantitative view, it can seem like physics is applied to atoms and molecules at a very small scale.

As for some chemicals that are often used in labs and what they do, for example:

1. Benzene is a compound of organic chemicals. This is because benzene is a type of hydrocarbon, which means it is made up of only carbon atoms and hydrogen bonds. As a result, benzene has a flash point of -11.63 °C and is also very flammable.

Most of the time, benzene is used as a step in making other chemicals. More than half of the benzene made worldwide is used to make ethylbenzene. Benzene is produced when fuel is burned.

2. Acetone, also called propanone, is the simplest type of organic compound and ketone. Its chemical formula is (CH3)2CO. This substance is flammable and has no colour. Acetone is an essential solvent that is often used in labs to clean.

The lab isn’t an excellent place to learn about acetone’s other uses. Dermatologists usually use this when treating acne. They mix acetone and alcohol to remove dead skin from dry skin. Because acetone breaks down glue very well, it is used to clean superglue off of glass and porcelain.

3. Ethanol is a liquid that can catch fire. It is also called alcohol, ethyl alcohol, or alcoholic drinks. Ethanol is volatile, has no colour, and smells very strong. Most alcoholic drinks have some amount of ethanol in them. How fast something burns depends on how much of it there is. Pure ethanol, which will catch fire at 16.60°C, is an extreme case.

Ethanol is often used in hospitals, clinics, and homes as an antiseptic. It also kills bacteria and fungi in medical wipes and hand sanitisers. In addition, when someone has been poisoned by methanol or ethylene glycol, ethanol is often used as a suitable treatment.

Ethanol can also be used to run a car’s engine or to add to gas. In South American countries, it is very common.

Cyclohexane is what gives detergents their strong smell. It is also very flammable with a flash point of -20°C. Cyclohexane is often used in lab work and can also be found in lab supplies. For example, the lab uses cyclohexane to calibrate scan calorimetry instruments.

Well, you know that chemicals in the lab can be dangerous, right? So, there is a special cupboard called a “fume hood” to keep the air clean. The fume hood’s function is to stop, keep away, or eliminate all kinds of dangerous vapours, whether liquid or solid. Purchase here: fume cupboard Malaysia.